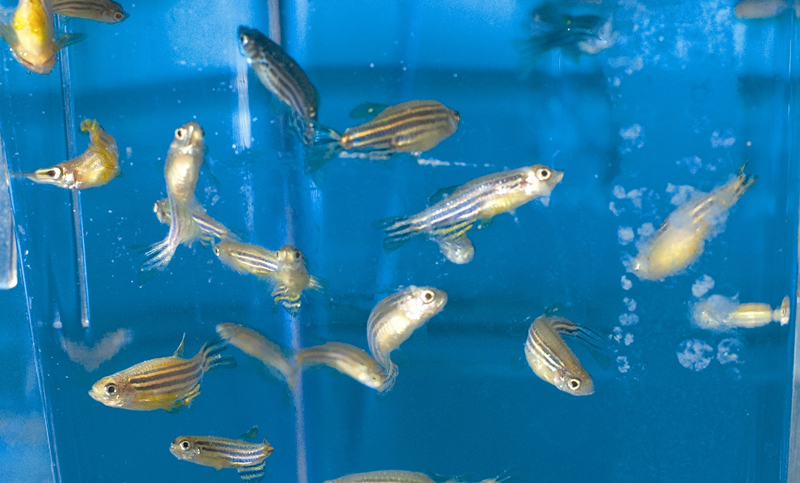 What the most prestigious universities and research laboratories around the world are saying about the transformation of tumor cells into normal cells.

Why the zebrafish, or Danio Rerio in technical language, is so present in this site?

It may seem like any fish, actually today is the animal most commonly used as “cavy” in laboratories all around the world. Its high genetic compatibility with man, the ease of rearing, the production of transparent eggs easily observable under the microscope and the embryos that develop in only 48 hours have meant that the zebrafish has even surpassed the use of real cavies.

The passage from one animal to another is possible because the factors that govern the physiology and especially the evolution of the embryo are common to all animal species, and you can pick them up from a species and administer them to another to obtain the same biological effects.

Already in 1988 some Italian researchers, working with the zebrafish, did a very interesting observation that has opened new horizons in research: if you put tumor cells in an embryo of zebrafish, mainly consisting of stem cells, these are either reprogrammed in healthy cells or induced to suicide. In any case, the tumor is removed.  Cancer Letter.

It took us almost 20 years to give body to these observations until Nature, one of the most prestigious scientific journals in the world, in 2007 published an article where it was shown that tumor cells behave in a manner very similar to stem cells and specifically were studied those of the zebrafish. This similarity between tumor and stem cells is very strong to the point that on the tumor cells are activated receptors that respond to the same proteins that act on embryonic stem cells and have the task of transforming the initial shapeless mass of embryonic cells in different tissues that constitute the body of the unborn child. We are talking about the factors of differentiation,i.e. of the peptides fundamental for the development of life. (Nature).

Emerges then a very interesting thesis: a tumor cell is a cell that goes back toward its archaic status, i.e. when it was stem and behaved as such. Its development now is not anymore in the embryonic microenvironment, where there are all the substances that control and coordinate the growth in a physiological way. With the developing into mature organs of subjects who are sick, because their embryonic controllers are fewer, the tumor grows without brakes.

This concept explains why it has developed in recent years a large amount of observations and experiments made in most parts of the world. A canadian study for example has observed both in vitro and in vivo how the factors of stem cell differentiation are capable of inducing apoptosis in tumor cells. For those who are not involved in the work the apoptosis is the programmed suicide of diseased cells. (Anticancer Research).

In evidence of this fact, it was found that cells of human malignant melanoma transplanted in embryos of zebrafish in the first phase of development despite having confirmed their metastatic attitude by migrating in the various tissues, they have not developed the tumor. (Developmental analysis)

Some studies were activated in many laboratories and international hospitals to verify this thesis and search for a way to offer a valid answer for people with cancer by integrating those lacking embryonic factors in subjects that became ill.

Many studies in vitro,on human and animal are proving that the thesis is valid, as well as the main research focused on the tumor to the liver, colon, prostate, kidney, breast and then they have been also studying the glioblastoma, melanoma, adenocarcinoma and lymphoblastic leukemia. (Journal of Tumor Marker Oncology)

Similarly by testing the factors of the zebrafish on tumor cells of the colon CaCo2 it was noticed the block of tumor proliferation and the induction of apoptosis. (Apoptosis)

It takes more and more body the awareness that the presence of factors of the embryonic stem protects from the development of tumors while the deficiency allows cancer cells to develop.

We are engaged in studies on the zebrafish and with this site we want to collect all the scientific researches on this topic and make it available to doctors and patients who want to learn more. Don’t want to give false hopes but only faithfully report the scientific work and simplify the research work of the publications on the topic. In fact, there are millions of researches of every kind throughout the world and it would be humanly impossible to be updated on everything.

Please kindly send to us interesting articles and researches to keep updated our collection.